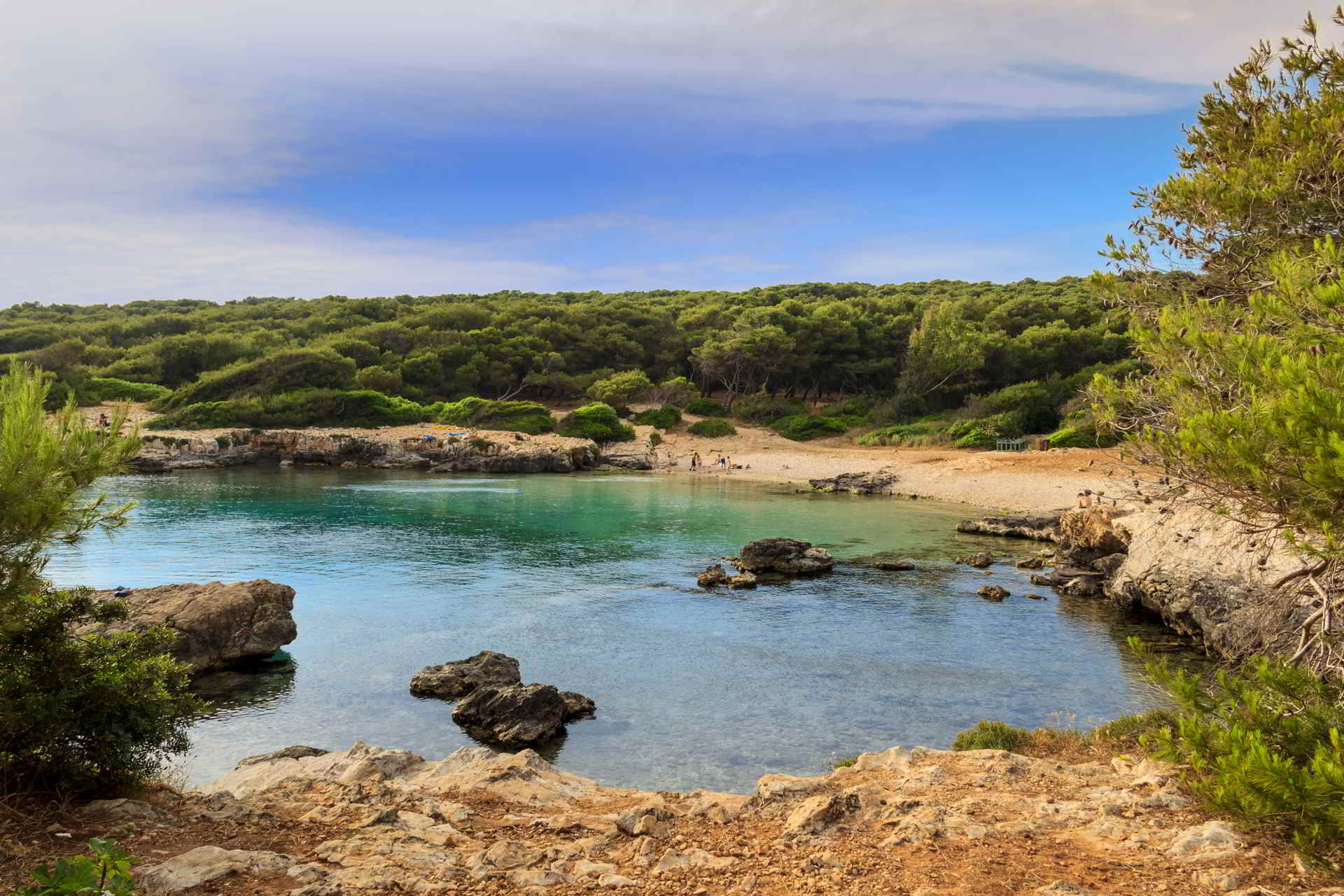 Salento is a rich land filled with marvels. Among the various Oasis immersed in the green, we can mention two important sites: Porto Selvaggio Park and Palude del Capitano (captain swamp), belonging to Nardò’s surface.

Development and characteristics of the Park

Porto Selvaggio Park was created in the Fifties, thanks to an intervention aiming at landscape requalification led by Corpo Forestale dello Stato which transformed the area, at the time predominantly occupied by stones, in a thick wood.

The extension of the park exceeds 1.100 hectars, a quarter of which is occupied by a pinewood, of Aleppo’s pines mainly. The Park clings the coastline for about 7 kilometres and it is exactly in this part that the most beautiful attractions appear. Grotta del Cavallo (horse’s cave), witnessing the first urban settlements dating back to 35.000 years ago, with a series of important archaeological relics.

Caves can be seen on the land surface and underwater. The most striking underwater cave is  Grotta delle Corvine, where a rich marine fauna – sargos, hermit-crabs, cowries – is present.

Close to the marvels of nature, in the park there are three ancient defensive towers: Torre dell’Alto, Torre Inserraglio, Torre Uluzzu, all well conserved. The park can be explored crossing different beautiful paths by foot or by bike.

It is a sheet of water probably originated from the collapse of an ancient cave, where marine currents and cold fresh water from groundwater table cohabit.

Spotless nature is the main character of the swamp: pines, cypresses and grass form the flora, lizards, green lizards, kestrels and blackcaps the fauna.

Voyage through the History of Salento: Fortified Farms in Porto Selvaggio

Porto Selvaggio represents one of the most striking areas of Salento, thanks to its huge Park, beautiful bays, and famous fortified farms, typical Medieval buildings.

The origins of the fortified farms

In ancient times Salento was invaded by pirates, who used to sack the sea towns like Porto Selvaggio. From the XV century, in order to face this delicate problem, people begin to build Fortified Farms.

Traditional farms, owned by aristocratic families, were big farms with big spaces to lead rural activities. The only difference between the traditional and the fortified farms was the defensive system of the second group.

The farm fortification consisted in the construction of additional storeys, drains, reinforced walls, to ensure a deeper security, to prevent the enemy attacks or to resist for longer periods in case of a fight. The majority of fortified farms was also patrolled by soldiers and knights.

During the centuries and after the conclusion of the feudal system, the fortified farms lost their importance. They are well conserved nowadays, and they have maintained their original aspect because they were built with excellent structural technologies.

The fortified farms are now a tourist attraction and many of them have been transformed into different company activities.

Porto Selvaggio and its surroundings counts lots of farms (masserie in Italian) open to visitors: the perfect stop during a naturalistic and historical itinerary that cannot be missed if you are on holiday in Salento.

This website uses cookies to improve your experience while you navigate through the website. Out of these, the cookies that are categorized as necessary are stored on your browser as they are essential for the working of basic functionalities of the website. We also use third-party cookies that help us analyze and understand how you use this website. These cookies will be stored in your browser only with your consent. You also have the option to opt-out of these cookies. But opting out of some of these cookies may affect your browsing experience.
SAVE & ACCEPT